Bristol is now the European Green Capital for 2015 – an amazing achievement that recognises the great work that Bristolians have done to reduce emissions and provides us with opportunity to become even greener. One of my proudest achievements in my time as MP for Bristol West was lobbying for and securing a £7m grant from central government for the Bristol Green Capital 2015 project. 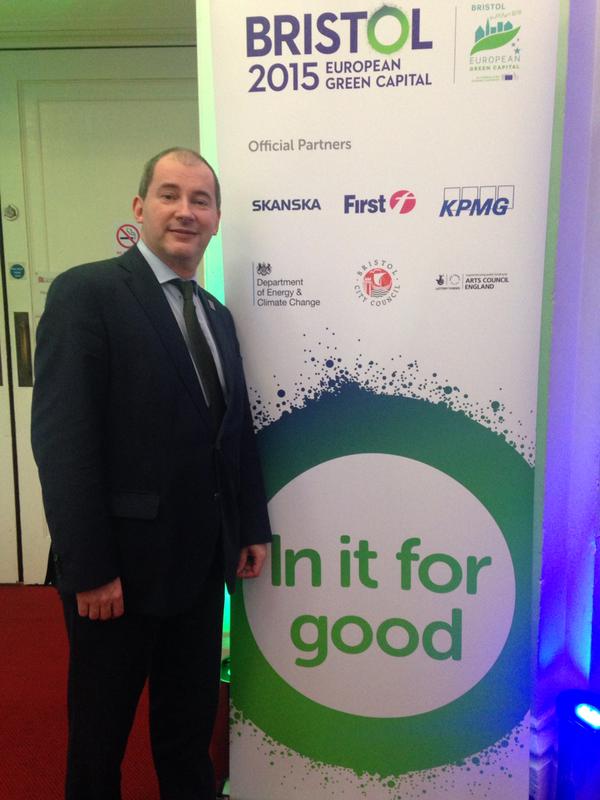 I believe that the title will bring huge benefits to the city but it is vital that all Bristolians, in every community, feel the benefit this year and enjoy the legacy in years ahead. In particular I want everyone to know how they can reduce their energy bills, as this will help household budgets, improve health and lower the carbon footprint for Bristol. People will also benefit if the low carbon industry develops to an even greater extent, leading to more local jobs.

Green Capital 2015 will place Bristol at the centre of European debate on how to tackle climate change and live more sustainable lives. It’s a huge opportunity for our city and I look forward to all the events and activities that lie ahead.

While Liberal Democrats ran Bristol City Council (from February 2009 until the Mayor was elected in November 2012) we relentlessly pushed green issues and I would like to highlight some of the important work we did in that period. Recycling rates rose up above 50% and we slashed residual waste output by two-thirds. We cut car journeys by 9% and school runs by a fifth. By 2012, cycling trips were up by 63% and we started to roll out 20mph zones across the city. On waste, we cancelled Labour’s plans for a mass-burn incinerator for the city’s household waste. We introduced kerbside plastics collection and were moving towards to zero untreated landfill before the new Mayor took over. We set higher carbon targets for Bristol than the EU or UK had for themselves – 40% reductions by 2020. Under the Lib Dems, Bristol was the only UK city to set a target to reduce total energy use in its city (30% by 2020). Finally, we attracted over 3,000 new jobs, many in environment, renewable energy and digital companies.

On the national stage, it is thanks to the Lib Dems in government that green issues have been given attention at all. We have made this the greenest government ever. Although successive governments (both Labour and Conservative) have set this bar low, it is clear that without the Lib Dems joining the Coalition none of the progress that has been made on green issues over the last 5 years would have happened. From doubling the total energy generated from renewables to working with EU partners to secure ambitious decarbonisation targets, Lib Dems are proving that we are focused on the green agenda in all policy areas. As a minister I am currently overseeing legislation that will introduce zero-carbon homes by 2016 and we have also invested £588 million in cycling (in stark contrast to the last Parliament, where the previous Labour government only spent £140 million between 2005 and 2010).

We have been serious about tackling climate change and we will continue to keep it at the heart of our policy moving forward. We have already announced plans for five new laws that will be in our manifesto:

To see more of what we have actually been able to achieve, see my Green Issues page here.