The Bristol Liberal Democrats have launched their Westminster election campaign with a message to voters in the city that a vote for the Liberal Democrats is also the only way to demand a vote on the final Brexit deal. 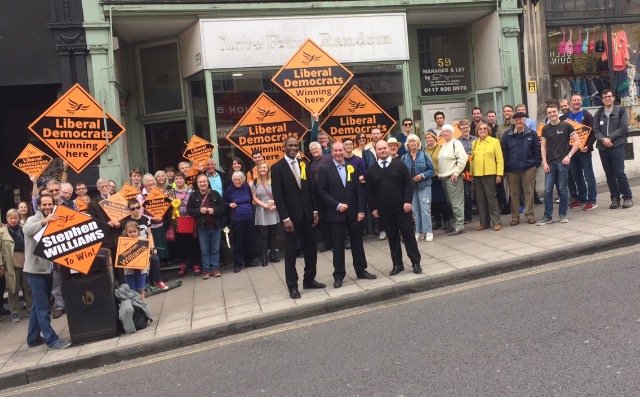 “This election is a chance for people to send a strong message against a hard Brexit.

“The Tories have destroyed their reputation for economic competence as they want to pull Britain out of the Single Market. Theresa May’s Brexit is already harming our economy and will diminish Britain’s place in the world. Meanwhile Jeremy Corbyn’s Labour Party have waved the white flag and given Theresa May a blank cheque to pursue a divisive Brexit.

“The Liberal Democrats are the only party standing against a hard Brexit. We will stand up to Theresa May’s cold, mean-spirited Britain and against a bad deal that will cost jobs and put up prices. We will give the voters of Bristol the final say on Brexit – with the option to stay in if they don't like the deal on offer."