I was proud to recently host an event in Parliament to launch the national campaign to raise £45 million for a major overhaul of Colston Hall.

Bristol has long been renowned as a hub for music, theatre and the arts and I believe it is vital that the hall – one of our city’s most iconic and popular venues – can continue to offer top quality facilities and attract the best performers from across the world. 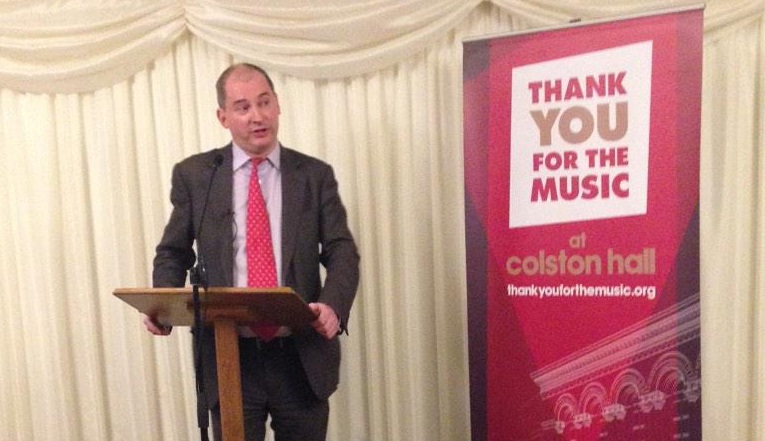 Like many Bristolians, I have been to Colston Hall on a number of occasions. As anyone who has seen a performance there will testify, the hall’s sound quality and intimate atmosphere makes for a unique experience. Over the past decades, it has played host to an eclectic, diverse range of artists; from The Beatles to Busted, and from Elton John to Iron Maiden. That said, the venue is in dire need of refurbishment in a number of areas, and in order for the hall to continue to grow audiences renovations must take place.

The proposed £45 million refurbishment will see a complete modernisation of both the main concert halls and the smaller theatre, but will also provide the infrastructure to put on 500 events a year by 2020 - a 20 per cent increase from today. The hall will also be doubling the number of conferences and non-music events in order to help increase revenue and ensure better financial stability.

Education is another key focus of the campaign. The funding is due to give a boost to Bristol Plays Music, an organisation to promote music education and opportunities to perform for young people. Furthermore, the hall plans to establish a learning centre to engage schoolchildren and help Bristol become the UK's capital of young people's music.

I am encouraged that the push for funding, known as the ‘Thank You For The Music’ campaign, has already raised half of the funding needed for the upgrade, which is hoped to start in 2017. Locally, Liberal Democrat councillors across the city have successfully pressed for Bristol City Council to provide funding for the hall and this has raised £10 million, a huge boost for the campaign.

My focus now is to make the case for funding from the government. I will be working tirelessly over the coming months to press the issue and, I hope, ensure government support for what is such an important project for the arts in Bristol.