In his role as Minister for Communities and Local Government, Bristol West MP Stephen Williams has written a letter reviewing some key Lib Dem achievements in the Department in recent months, particularly on the subject of housing and the environment. 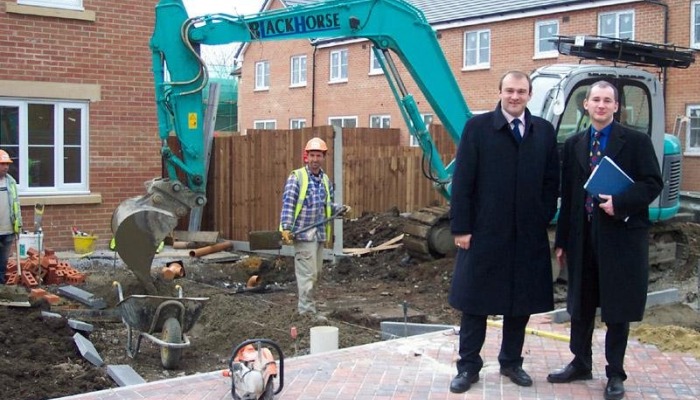 As we break for summer recess, I wanted to write a brief note to update on you on the progress that has been made at DCLG in recent months. Despite differences in priority between our Conservative coalition partners we have made huge strides in key policy areas and I believe that you can be proud and confident highlighting these achievements on the door step.

One of the most crucial recent breakthroughs has been in regards to zero carbon homes. As I am sure you are aware, if we are to meet our carbon emissions targets then we have to make our housing stock more energy efficient by introducing strict new regulations. This, of course, is easier said than done and we have had to work extensively with developers, industry representatives and environmental groups in order to agree ambitious yet practical energy efficiency targets. As a result of drawn out negotiations with the Conservatives, the government is now legislating, through the Infrastructure Bill, to introduce a list of 'allowable solutions'. This is the final measure needed to enable house builders to construct all new homes to a zero-carbon standard from 2016. Zero carbon homes has been a key priority for me since becoming a minister and I am delighted that this incredibly important green policy is now being delivered.

We have also made important progress in regards to housing. The government is currently in the process of building 170,000 new social and affordable homes, whilst we have set out plans for a further 165,000 to be built in the first three years of the next Parliament. This is the highest rate of affordable house building for over two decades and we should be proud that we are the first government for over thirty years to deliver a net increase in the social housing stock. Never forget that under Labour the net stock of social rent housing, between 1997 and 2010, fell by 420,000.

Part of my brief as minister has been to address the issue of empty homes, which has been a blight on our housing market for far too long. Empty homes reached a record high under Labour in 2008 but since 2010 the number of empty homes has fallen by 102,000 - 84,000 of them long-term empties. Empty homes are now at their lowest level for a decade and I intend to make further progress before the election in May. I've also published decisions on the housing standards review. I have insisted on creating the first national space standard for councils to adopt, giving them the tool to end 'rabbit hutch homes.

Finally, I would like to highlight our achievement in granting minority status for the Cornish. After months of hard work we announced in April that the proud history, unique culture, and distinctive language of Cornwall will be fully recognised, under European rules, for the protection of national minorities. As a proud Welshman I was determined to extend to the Cornish the same status already enjoyed by the Welsh and my fellow Celts the Scots and the Irish - and government departments and public bodies will now be required to take Cornwall's views into account when making decisions. This is a landmark breakthrough for the people of Cornwall and I believe that we should be proud to have officially recognised their status as a minority.

Now is certainly not the time to be complacent and there is much more to be done between now and May. However, there are significant achievements to talk about and I hope that you are able to champion them on the door step.

Have a great recess,