The Liberal Democrats have given their full support to ACORN’s Bristol Ethical Lettings Charter, which follows on from action taken by Stephen Williams MP in government to outlaw revenge evictions in the sector.

Liberal Democrat Councillors will be voting in favour of a motion to be presented at Full Council on Tuesday 17th March to endorse the ACORN Bristol Ethical Lettings Charter. The Charter’s aim is to help create a fair, professional and ethical private rental sector. Group Leader Cllr Gary Hopkins has submitted a statement and will speak at the meeting about his desire to reform the private rental sector to help both landlords and tenants in the city. 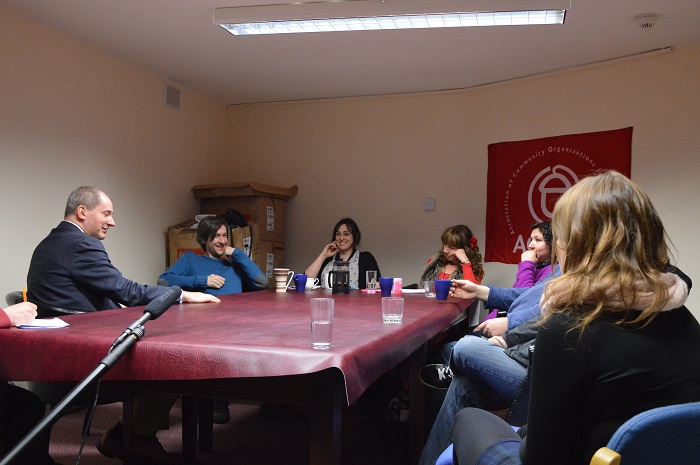 “I welcome and endorse the ACORN Bristol Ethical Lettings Charter. If we are to fix the housing crisis, a reformed private rented sector must play its part. We should not have a situation where people, some on low incomes, are living in below standard accommodation when we can do something about it.

“As Liberal Democrats, our focus has been to problems in the private rental sector by giving more power and control to those who have least. During the previous Lib Dem administration the city became an exemplar of putting tenants first. Our decision to introduce a licensing scheme for private landlords has helped the Council deal with bad landlords and help keep standards up in the sector. I’m also really pleased of the progress we have achieved in ending revenge eviction thanks to Stephen Williams MP. However, it is a shame that so many housing projects have stalled since the Mayor took office.

“There is always more work to be done and we need to ensure that all rented accommodation (private, social, co-operative, lodging or council) meets the basic standards of service and quality that everyone deserves. The Charter is a small but significant step forward for further protecting tenants against bad landlords.”

“Our private rental sector is a vital asset, providing a home to 9 million people across the country. In the Bristol West constituency, over 40% of people live in the private rental sector (the 2nd highest in the UK), so I'm determined to root out the minority of rogue landlords that give it a bad name.

“ACORN’s charter has my full support – it is an innovative step that provides security for tenants by highlighting the best letting agencies and landlords. It also builds on what we have been able to achieve in government. We are working to end revenge evictions and to ensure transparency in letting agency fees, having already legislated for minimum energy efficiency standards and the same right of access to a housing ombudsman as social tenants.”

3.    Below is the full text of the statement submitted to Full Council by Cllr Gary Hopkins:

I welcome and endorse the ACORN Bristol Ethical Lettings Charter. Liberal Democrats recognise that if we are to fix the housing crisis, a reformed private rented sector (PRS) must play its part. We need to improve the number and quality of rented homes available, give tenants a fair deal and tackle the minority of bad landlords and letting agents that blight the sector.

The reality is that private rental has overtaken the entire social sector and it is becoming the destination tenure for younger households and those on medium and lower incomes who cannot afford to buy. The rapid increase in rents and the increasing number of people renting privately is putting both families’ and welfare budgets under intense pressure. What is even more concerning is that more and more families are facing the instability of short-term leases in the PRS – and too many tenants are suffering the consequences of bad landlords.

As Liberal Democrats, our focus has been to tackle these problems by giving more power and control to those who have least: those trapped in poor housing and short tenancies; small organisations, cooperatives, companies and individuals wanting to build but held back by corporate land-banking and lack of land and finance; and local communities and councils. The introduction of Discretionary Licensing in the Stapleton Road area for example has helped to enhance good practise and reputation of landlords in the area. Meanwhile in the Coalition Government we have taken action to:

Outlaw Revenge Evictions: earlier this year Bristol’s Stephen Williams MP announced government amendments to the Deregulation Bill that would outlaw revenge evictions – stopping the small minority of rogue landlords who evict tenants simply for asking for essential repairs to be made.

The benefits of reforming the PRS would impact positively on landlords as well as tenants. I therefore urge the mayor and councillors from all political parties to show their support and to sign up to the ACORN Bristol Ethical Lettings Charter.