Looking back on our 2010 priorities

Our priorities for the next Parliament are on the front of our manifesto, just as they were in 2010. Independent analysis by UCL assessed that 75% of Liberal Democrat manifesto commitments went into the Programme for government. This is a remarkable achievement for us – a Party that won 23% of the national vote but only 8% of seats in Parliament. 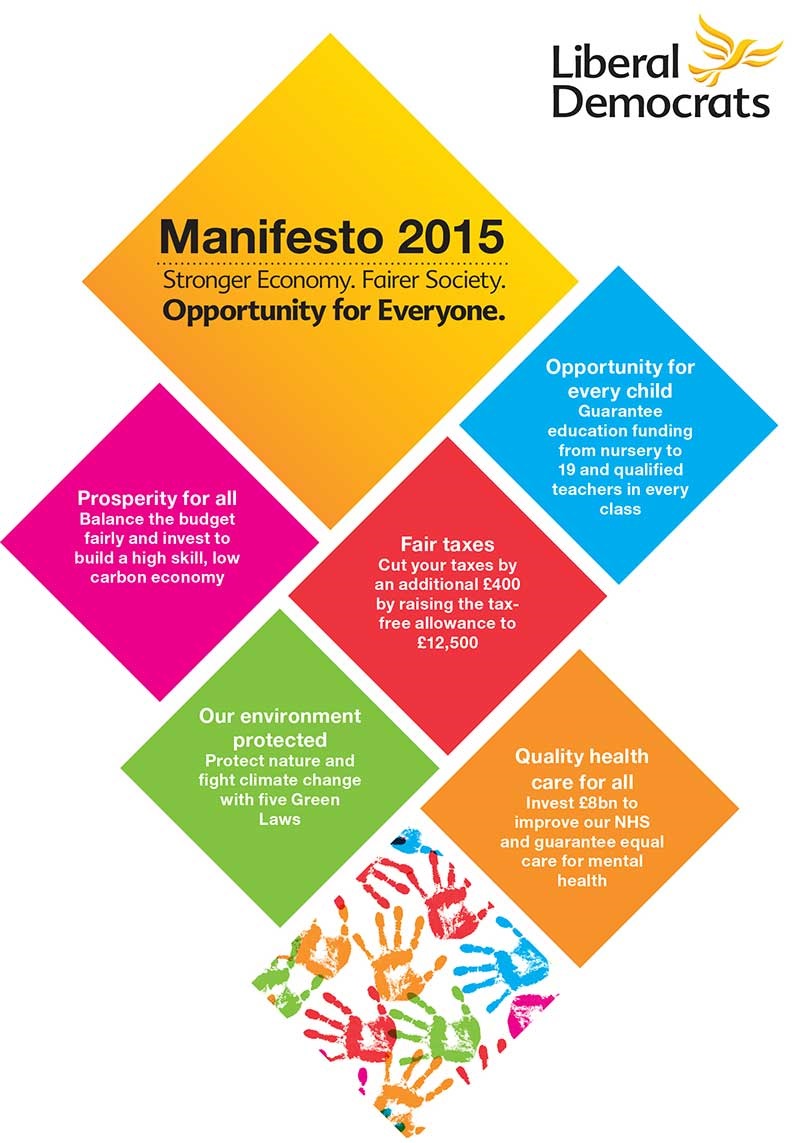 In the lead up to the election in May we will be announcing more policies, launching the full manifesto in April. But the launch of the front page priorities this week is the perfect chance to review our priorities from 2010, and how we have acted on them. 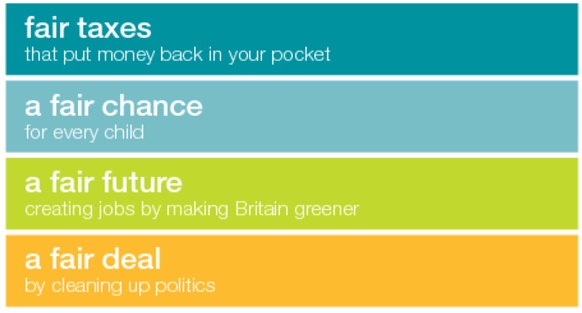 In 2010 we put our top priorities front and centre on our manifesto. Looking back over the last 5 years, it has been amazing to see the amount of Lib Dem policies that have been enacted. With only 8% of MPs we have been able to deliver on our top priorities. These were:

We promised to increase the personal tax allowance to £10,000 by the end of this Parliament. Not only did we achieve this, but from this April the personal allowance will be raised to £10,600.

For Bristol this has meant 193,000 working people have benefitted from a £800 tax cut, with 20,000 of the poorest workers not having to pay income tax at all.

We have also taken unprecedented action to clamp down on tax avoidance and evasion. In government we have made 42 changes to tax law, invested nearly £1billion in HMRC to ensure that everyone pays their fair share of tax, and we have increased the number of staff working to tackle tax avoidance by 2,500. We believe in low taxes but taxes which are paid. That is why we are dealing with the minority who try to avoid the taxes they owe as part a stronger economy and fairer society and building a tax system that is on the side of those who work hard and play by the rules.

A Fair Chance for Every Child

Our £2.5bn Pupil Premium was promised in 2010 and we have delivered it. Over £50miliion of extra funding has been given to schools in Bristol, targeted at the most disadvantaged pupils. I have visited schools across my constituency to see first-hand all the innovative ways that teachers have used this extra funding. Most importantly, this policy is working. The attainment gap between the most disadvantaged pupils and their peers is closing.

As the only current government minister who was eligible for free school meals as a child, I know full well that the best way to ensure everybody enjoys the same opportunities in life is to provide the necessary support as young as possible. The educational attainment of a child should not depend on the income of his or her parents.

No one should forget the disastrous economic situation the country faced in 2010 – the context within which we decided to join a coalition with the Conservatives. We saw it as imperative that there be a stable government to provide confidence in our economy and set it back on the right track. We were also adamant that this be done in the fairest way possible – the books should not be balanced off the backs of the poorest in society.

Today, unemployment is down, growth is up, and things are looking brighter. In Bristol West, unemployment has fallen by 43% since 2010 and is set to continue to fall. Nationally, the picture is the same. At the heart of what we have been doing is the belief that the best way to support people is to help them back into work where possible, and let them keep more of what they earn.

Enacting sweeping political reforms was always going to be a big task, especially with only 57 MPs. On many issues we have been blocked by both the Conservative and Labour Parties – despite nice rhetoric they have not found the courage to follow through.

On party funding and House of Lords reform we have sought cross-party action, but time and time again we have been blocked. We have however had successes, such as the Fixed-Term Parliament Act – no longer can the government decide to call an election just because the polls look favourable.

We succeeded in securing a referendum on electoral reform, but we failed to convince the public that our current first-past-the-post system is not fit for purpose. We may have lost the battle but it is not a fight we will be giving up.