Bristol West MP Stephen Williams, who was previously Chair of the All Party Parliamentary Group on Smoking and Health before becoming the Minister for Communities, has welcomed the passing of regulations to introduce plain packaging for cigarettes.

Standardised packaging (commonly referred to as 'plain packaging') involves the removal of any attractive promotional features on cigarette packets, including logos, colour schemes, trademarks and promotional graphics. It will also standardise the size and shape of the box and the number of cigarettes they contain. The name of the brand is the only thing allowed to be displayed by the manufacturer, together with any health warnings or other content information that is currently required by law. 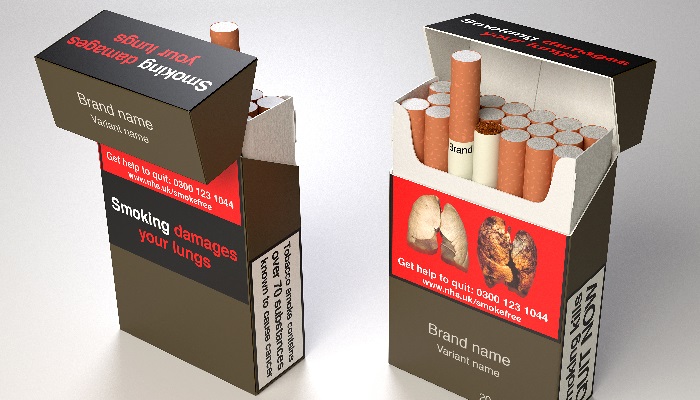 Today (Wednesday 11th March) MPs voted on regulations that will see standardised packaging for tobacco products being introduced from 20th May 2016. The regulations passed with 367 MPs in favour and 113 against.

Powers for standardising packaging were in the Children and Families Act 2014, but the Commons had to approve them before bringing them into force. The regulations were discussed and agreed by a committee earlier this week and have now passed after being subject to a free vote.

Standardised packaging has the backing of the Smokefree Action Coalition – over 250 health and wellbeing organisations including the Royal Medical Colleges and the British Medical Association. The measure also has the full support of the Chief Medical Officer and the World Health Organisation.

“These regulations are not about tobacco prohibition, but are a much needed step to ensure that children  are not attracted to take up smoking by the design of packaging. The design of plain packages would remove what is essentially the last opportunity available to tobacco companies to promote their products.

“Smoking is a uniquely dangerous habit that warrants these special measures. We cannot ignore the fact that smoking remains the biggest single cause of ill health and premature death, killing 100,000 people a year in the UK.

“I am delighted that these regulations have passed, especially on National No Smoking Day. While we are encouraging people today to give up their deadly habit it is only right that we also discourage people from starting in the first place.”

“As a ‘champion’ on the Bristol Health and Wellbeing Board for a reduction in smoking, this a great step forwards.  Tobacco companies will no longer be able to design packs that attract young people to take up the habit.  Who will want to offer their friends a cigarette from a packet showing such graphic images of the health risks?

“A few months ago Bristol successfully introduced the first UK smoke-free open public space – Millennium Square – and it is hoped that we will soon have other areas where people are invited not to smoke, as this has been widely supported by both non-smokers and smokers.

“The campaign for the introduction of standardised packaging has been repeatedly delayed by the Conservatives, who have been lobbied relentlessly by tobacco companies worried about a reduction in their profits.  Labour have never taken any lead on this, either locally or nationally.  It’s another example of action from Liberal Democrats in government.”