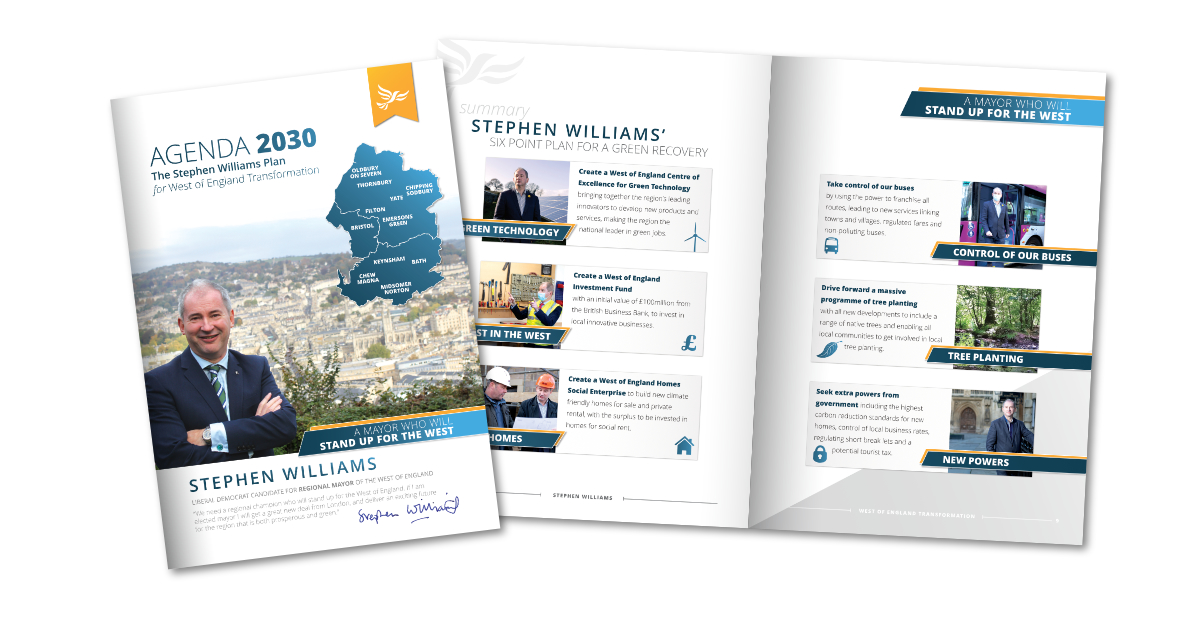 Stephen Williams is the Liberal Democrat candidate for Mayor of the West of England in the upcoming local elections on May 6th.

Our region has been poorly served by its current mayor and we have missed out on government money and powers to make our own decisions.

Stephen has been a government Minister and knows how to win money for the West in Whitehall.

Stephen has the drive and experience to make the best of the new world we live in after COVID and Brexit.

Some of Stephen's key policies include:

You can read his full manifesto here.