Recognise Somaliland as an independent state 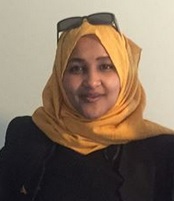 Bristol officially launched as a City of Sanctuary in June 2011, an initiative which celebrates and welcomes the diversity that makes up our city.

Many Somaliland citizens remain concerned about the international status of their homeland and are asking the City Council to represent their concerns to the Commonwealth and UK Government.

Bristol has strong links with Somaliland and a long history of supporting and welcoming its nationals to our city; around 10,000 people who currently reside in Bristol originate from Somaliland. Somalilanders make a significant economic contribution to our city and contribute to the diversity of our rich, multicultural society.

To further strengthen our city’s links, to celebrate our status as a multicultural city and to help people from different cultures and backgrounds understand each other, the time has come for Bristol to recognise Somaliland as an independent state. Recognition will help bring further stability in Somaliland and entrench democracy in the region, creating a situation where people can live in peace and harmony with the support of the international community.

We, the undersigned, call on Bristol City Council to recognise Somaliland as an independent state.